Aglina Lika is a PhD student working on the following projects:

Fitting generalized linear mixed models under the Bayesian approach can be computationally expensive. Such situations typically appear in applications where non-linear, high-dimensional parameter space, and/or complicated covariance structures exist. This gives rise to study efficient model parameterizations and data normalization that improve the convergence. In this paper, we compared the convergence time complexity of Hamiltonian Monte Carlo (HMC) techniques with scaled data using centered and non-centered parametrizations through a simulation study.

Studies in life course epidemiology often involve different types of outcomes being collected on individuals, who are followed over time. These outcomes are mainly analysed separately, although it may be of scientific interest to study their associations. To model the correlation of multiple longitudinal outcomes, it is common to assume a multivariate normal distribution for the corresponding random effects. This approach, however, has its limitations in terms of interpreting the strength of association between the outcomes. To overcome this, we can include several longitudinal outcomes, as time-dependent covariates, in the model of the main longitudinal outcome. Another advantage is that several features of these longitudinal predictors could be used, namely the previous values, the slope and the area under the curve. The proposed multivariate mixed model can incorporate different functional forms to link multiple outcomes assuming the Bayesian framework. Applications are illustrated on a dataset from a study on Pompe disease, where it is important to investigate how physical outcomes and patient-reported outcomes are associated. 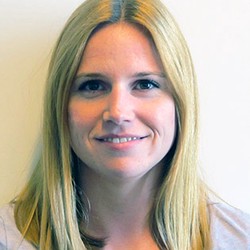